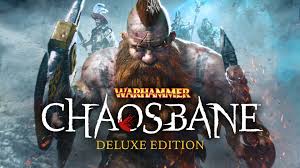 In total the campaign for Warhammer Chaosbane generated more than 8 Billion media impressions. HomeRun PR was contracted for a 5 month period from February to June 2019. 1,250 features were placed across gaming media outlets and influencer channels. A series of videos highlighting the game’s characters, dev diaries and pre-order announcement enabled to sustain a substantial communication timeline, feeding the press with new info and assets. A press tour was also organized to secure preview features placements (105) alongside two phases of closed beta. All major RPG specialized outlets reported on the game in the form of news, preview or review features. Multiple exclusives were negotiated with IGN, Polygon and Gamespot increasing visibility for each individual PR beat. An extensive review campaign secured a total of 123 reviews and 405 Let’s play videos.