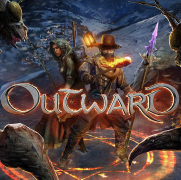 In total the campaign for OUTWARD generated more than 2 Billion media impressions, corresponding to 718 articles and videos placed with video game blogs and influencer channels. HomeRun PR was contracted for a 5 month period from December 2018 to April 2019.

The main focus of the campaign prior to launch was the distribution of a series of gameplay videos explaining the core features of the game. HomeRun PR was able to create a partnership with both IGN and PC Gamer which placed all the videos published on their homepage as an exclusive. An extensive preview campaign enabled very positive impressions coverage prior to launch. 31 previews, 107 reviews and 301 youtube and Twitch videos were secured.