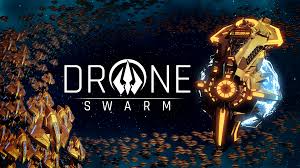 Critics praise Drone Swarm visual impressiveness of the title’s drone hoards, its unique comic book cutscenes, and its simple yet creative gameplay approach to the RTS genre. Outlets also enjoyed the unlockable power-ups and skills players can earn, especially in late portions of the game.